My first brunch at The Nest left me both impressed and hungry for more, so here I was, back for the second weekend in a row. The chic gastrolounge was even more busy than on my first visit, with expats and foodies flocking to this newcomer on the Shanghai brunch scene despite the rain.

The menu proclaimed the Greenland on Toast “a Nest classic”, and no one could accuse it of being false advertising. The sweet Arctic shrimp was enriched by the sour cream, lifted by the dill-lime mayo, and followed by the crisp, delightful burst of salmon roes. A gleeful assault of briny freshness.
This dish is also available on their dinner menu for RMB78.
Recommend: definitely

The Biggies Cod Fishcakes looked and tasted nothing like what I expected. The thin, crisp shells were filled with an improbably fine pâté of sweet, delicate Icelandic cod, potatoes, chives and chilies, and enlivened by the slight kick in their homemade tartar. Three golden balls of pure pleasure.
Recommend: yes

As much as I long to taste the Finnish pancakes again, I decided to try something different and went with the Brioche French Toast. The menu advertised a “mixed berry blast”, but sitting on my plate was an apricot compote with a distinct tang and subtle bitterness from the bacardi rum sauce, next to a fluffy but slightly under-caramelized brioche and a sobbing mess of vanilla ice cream.
Recommend: meh… I’d stick to the Finnish pancakes. 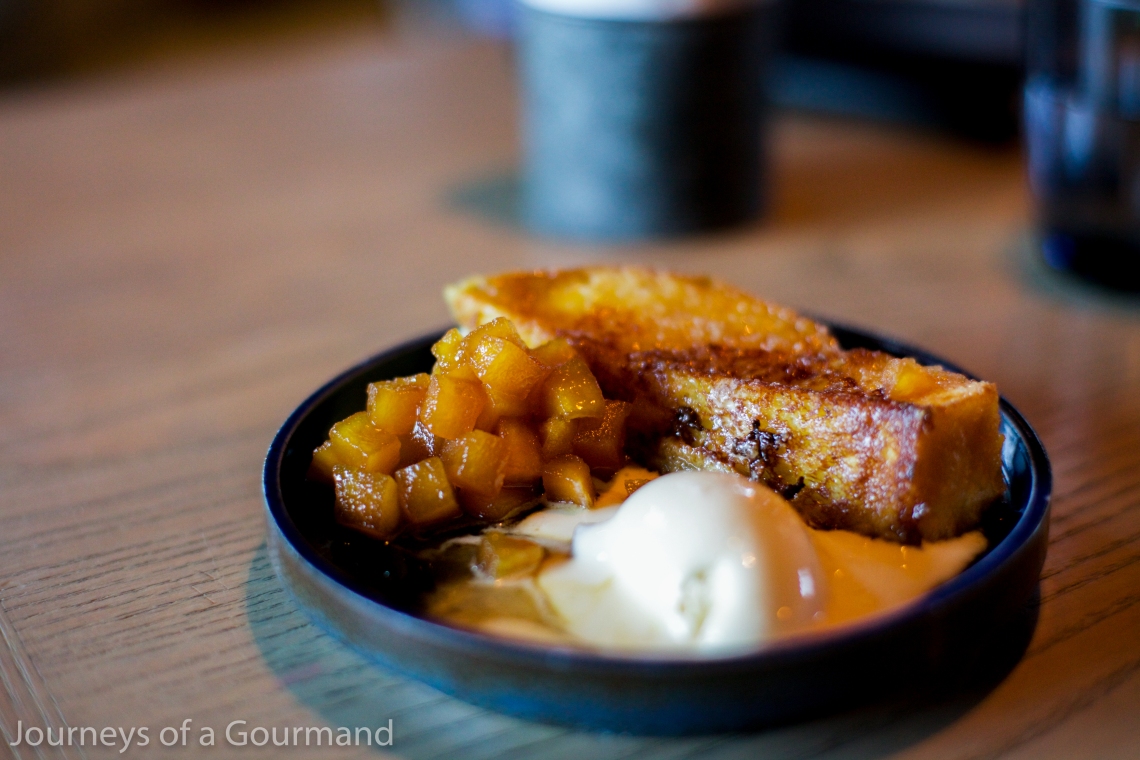 The fully-packed dining room saw a slightly frantic and somewhat confused service. In the middle of my second course, a waitress breezed by to set down a set of utensils next to my plate (presumably for dessert) without a word. Couldn’t she have waited until after my main course was cleared?

I am pleased enough with most of the dishes I tasted across my two visits to go back again. But I’ll probably stay away from the venison ribs and French toast.