The first time a friend mentioned the name “Pass Residence” to me, I was intrigued by its poetic contrariness, the allusions to both movement and stillness, drifting and belonging. I also had absolutely no idea what it was. Bar? Boutique hotel? Art installation? 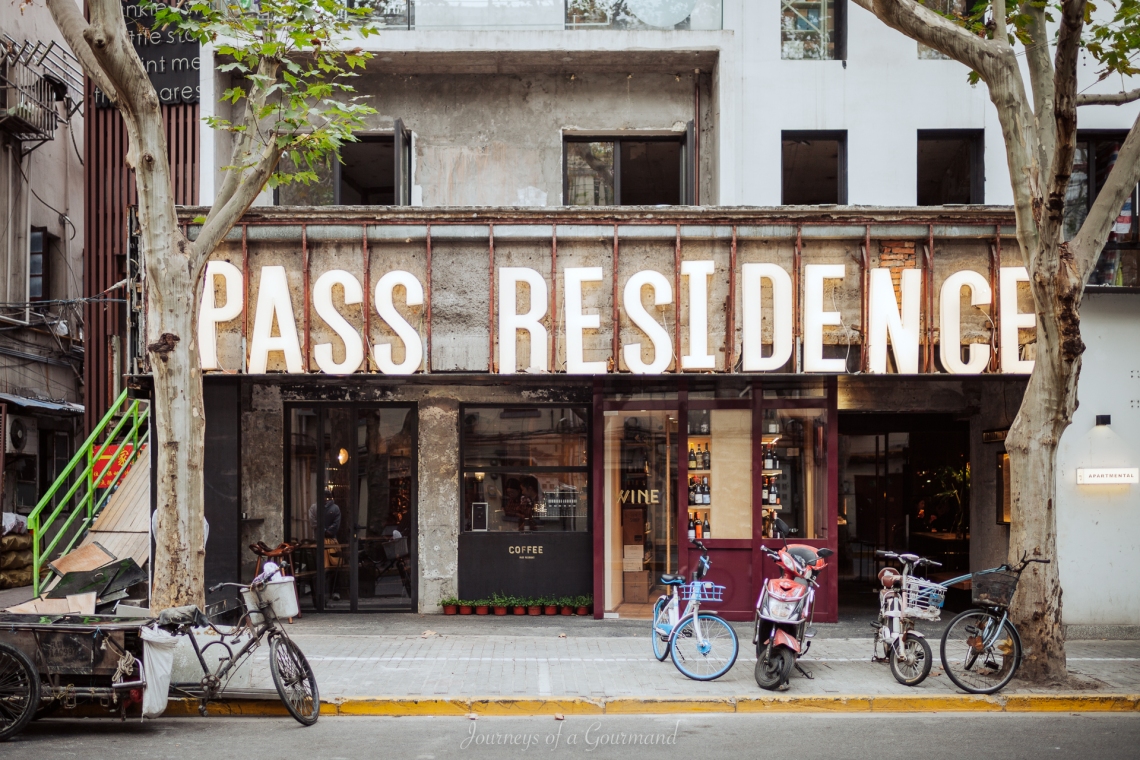 It turned out to be a new wine bar on Julu Road, opened earlier this month by the OHA Group (Bar No.3, Oha Eatery, Blackbird, Table Black). And whatever antithesis the name seemingly implies, it evaporates the moment you step over the threshold; once I was in, I wanted to stay all night, for Pass Residence is one of those rare places where food, wine, and space are all entirely comfortable with one another.

The food side is helmed by Mr. Blake Thornley, whose cooking I discovered at Oha Eatery, and rediscovered, recently, at Table Black. Yet what he’s serving at Pass Residence bears almost no resemblance to his thrillingly ambitious tasting menu at Table Black, or the whimsical Guizhou-inflected plates he assembles at Oha Eatery. If anything, his menu here seems to take its cues from the easygoing Italian osteria: honest, nourishing, and remarkably easy to like.

His starters, for instance, are lean and to the point, largely served in a domestic mode. A smooth globe of burrata is equipped with nothing more complicated than olive oil, balsamic, and a fair amount of black pepper. The truly marvelous house cured salmon doesn’t need anything at all, not when its sweetness and depth unfurls so delicately and enticingly in your mouth. Soft curls of marinated pepper and eggplant, spun through with tendrils of smoke, see their acidity soothed by some crumbled feta. 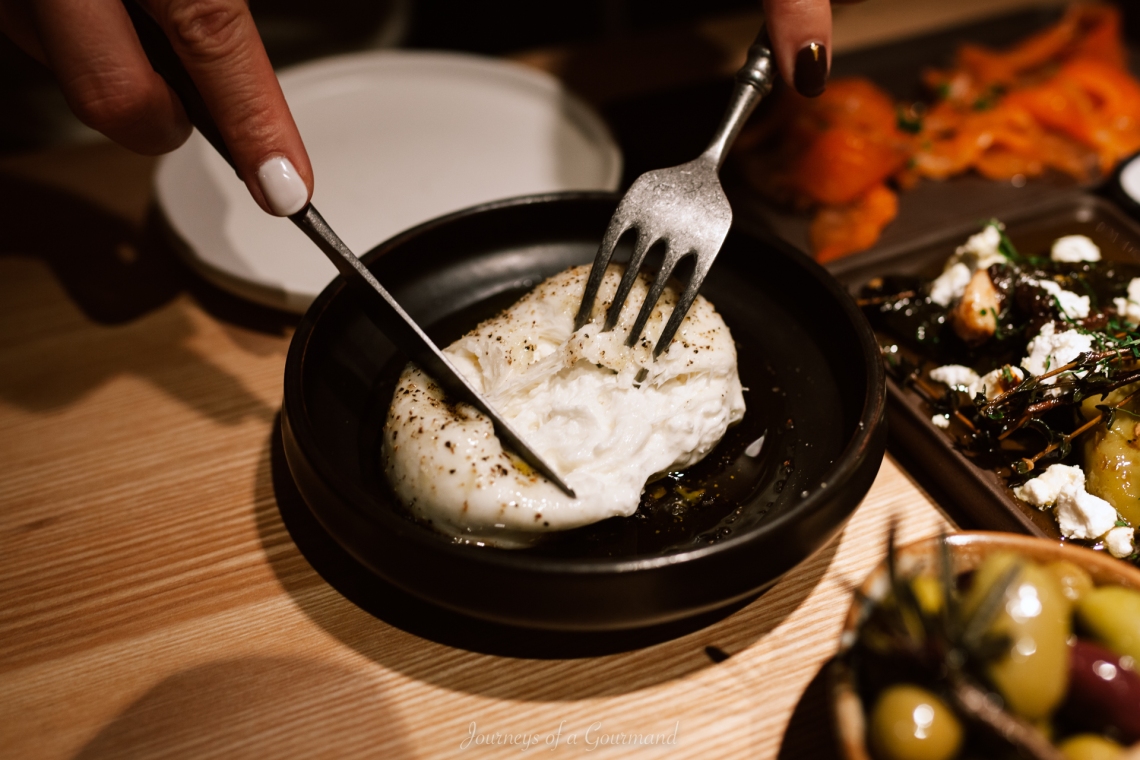 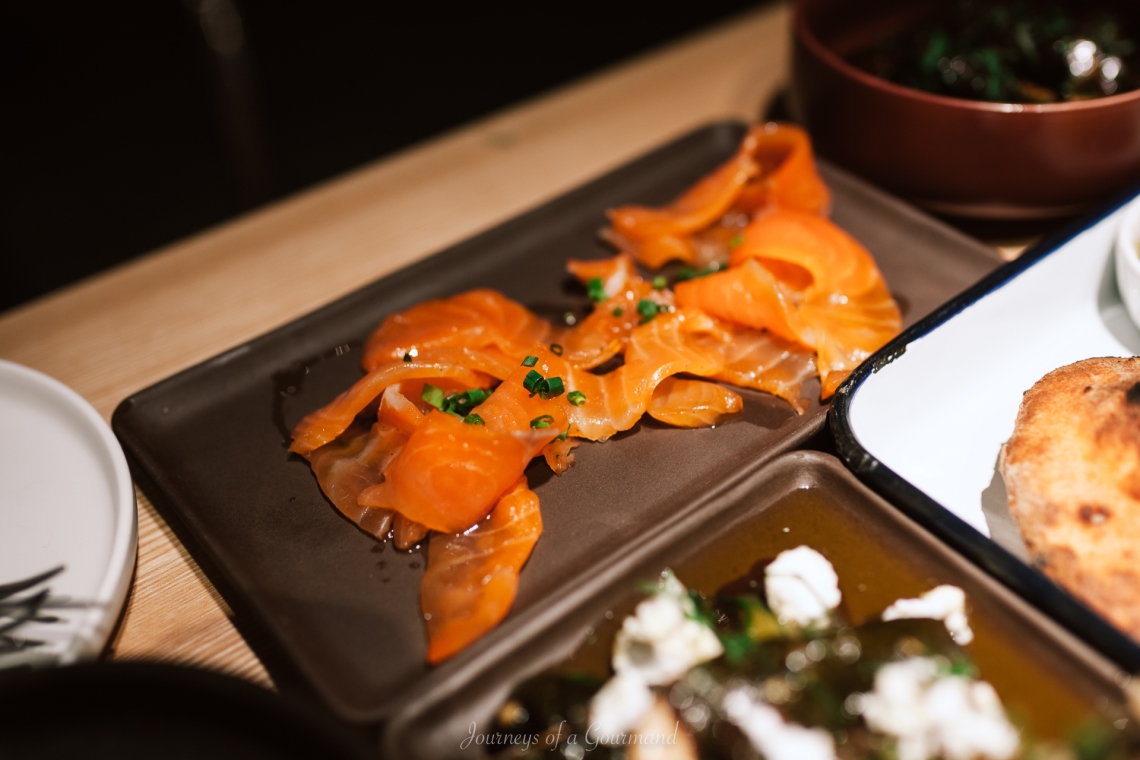 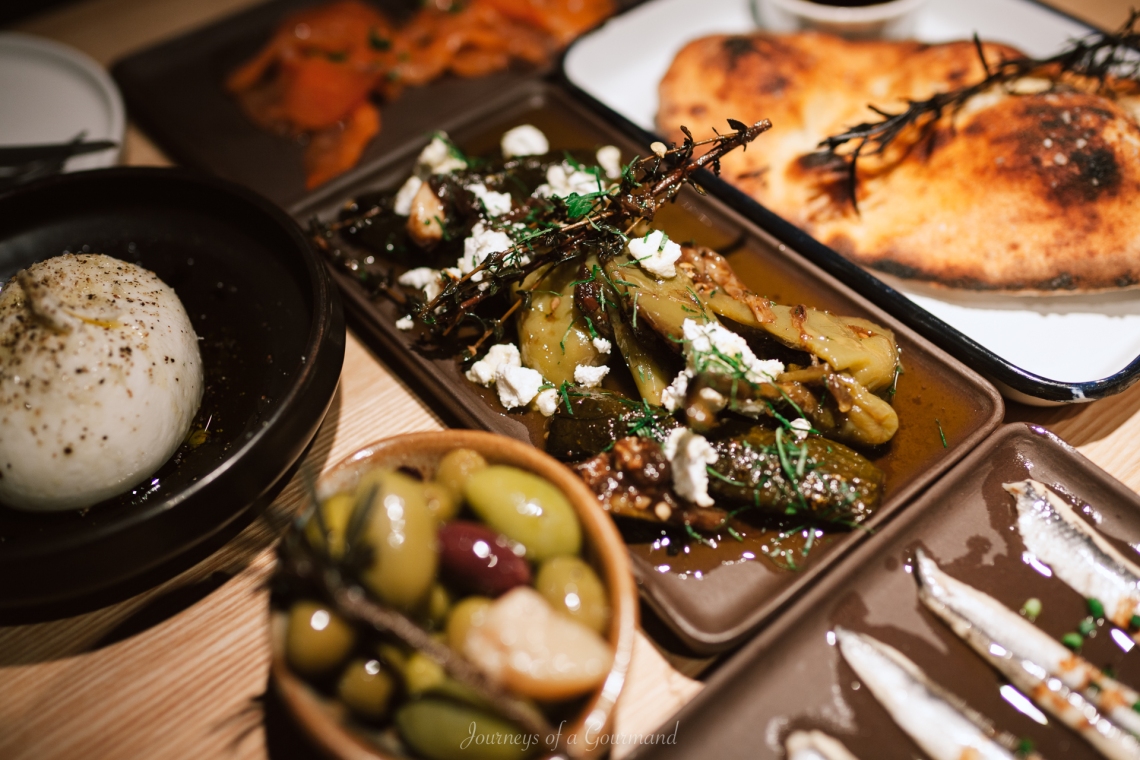 As soon as I tasted the marinated white anchovies (firm, bright silver soldiers laid out across the plate with a drizzle of balsamic and a scattering of chives), I had a sneaking suspicion that wine would flow freely. My suspicion was confirmed once I encountered the confit mushrooms, which were so piercingly, relentlessly sour that they would be much too severe without wine to take off some of the edge.

You could pick your wine from the one-sheet wine list, which offers about a dozen bottles by the glass, all under 80rmb. But the wine director, Mr. Mimmo Zhou, has a tendency to open the odd bottle without updating the list, so you would be better served going straight to him for recommendations.

You could also stroll up to the wine shop out front, and choose from the 200 or so bottles there. If you couldn’t already tell from their distinctively perky labels, Pass Residence is big — exclusive, in fact — on natural wines. Over the past month, I have found a smooth Chasselas from Switzerland; a young but surprisingly complex orange wine, made out of Grüner Veltliner, that slowly reeled me in with each sip; a juicy, cheerful Négrette, which I was delighted to reclaim after a brief but memorable romance a few months ago at Table Black; and a spicy and intriguing red from the Rhône Valley that I forgot the name of, but would definitely find a way to order again.

Pass Residence might bill itself as a natural wine bar — and it is an excellent one — but it also does a very good impression of a pasta bar. As I worked my way through the half dozen pastas on the menu, all made by hand in the kitchen and unfailingly lovely, I found it increasingly hard to fathom that Mr. Thornley had been to Italy exactly once, a long time ago. Because his pastas display an emphatically Italian sensibility, both in their unstudied look and in the full, rounded flavors.

He braises rabbit with a splash of balsamic and the barest murmur of spice, then stuffs the shredded meat into plump parcels of ravioli; the pasta puts up a good fight, just as I hoped it would. He rolls out wide ribbons of pappardelle, sturdy enough to hold their own in a hearty puddle of cream-colored oxtail ragu threaded with herbs and semi-dried tomato. 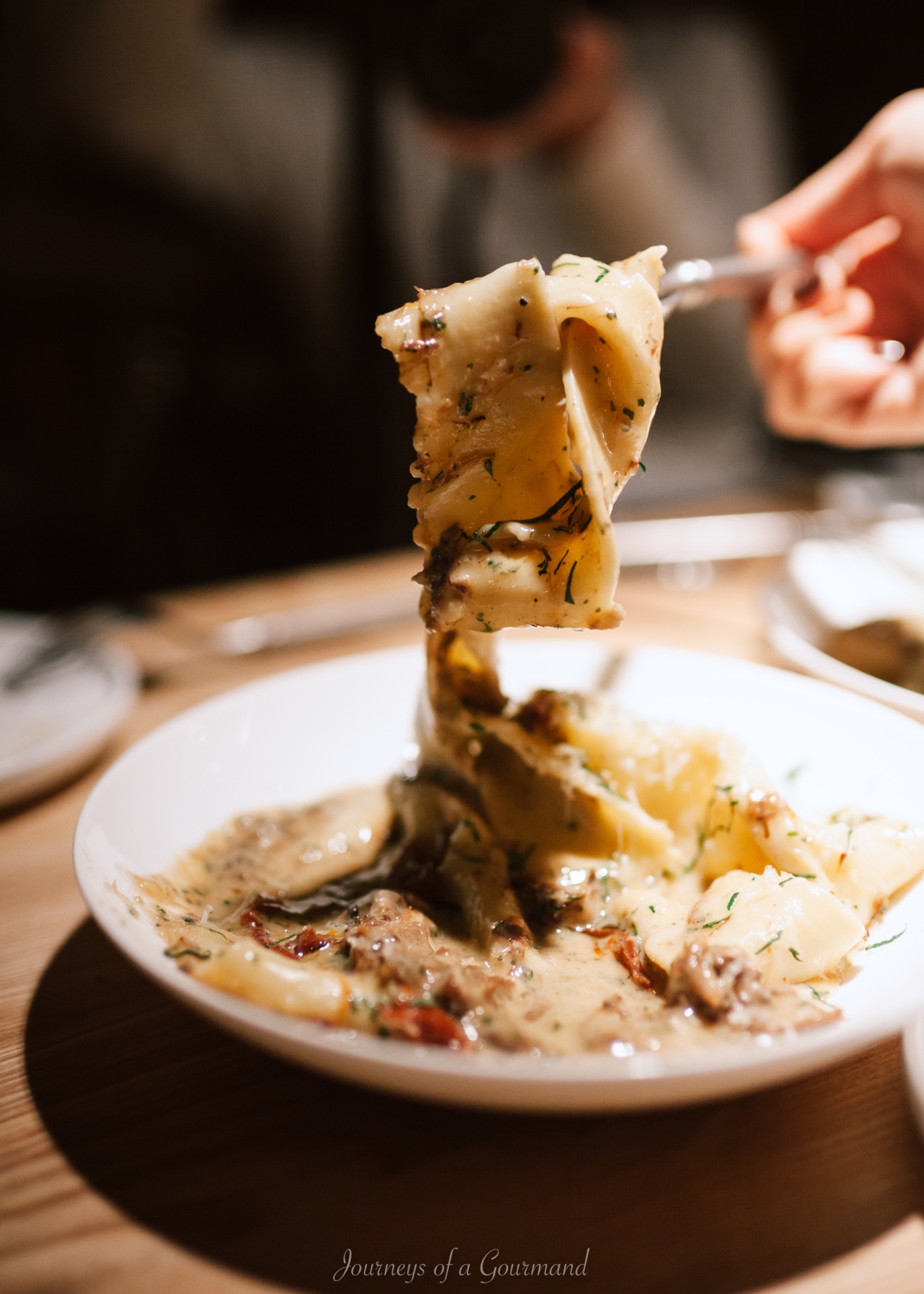 He whips up soft pillows of potato gnocchi and gives them a gentle brown crust in the pan; their fluffy, earthy insides open up easily to the gentle ocean savoriness of black cod, broken up with crunchy diced zucchini and energized by a crackle of black pepper. The combination was so lavishly wonderful that our table promptly ordered another. 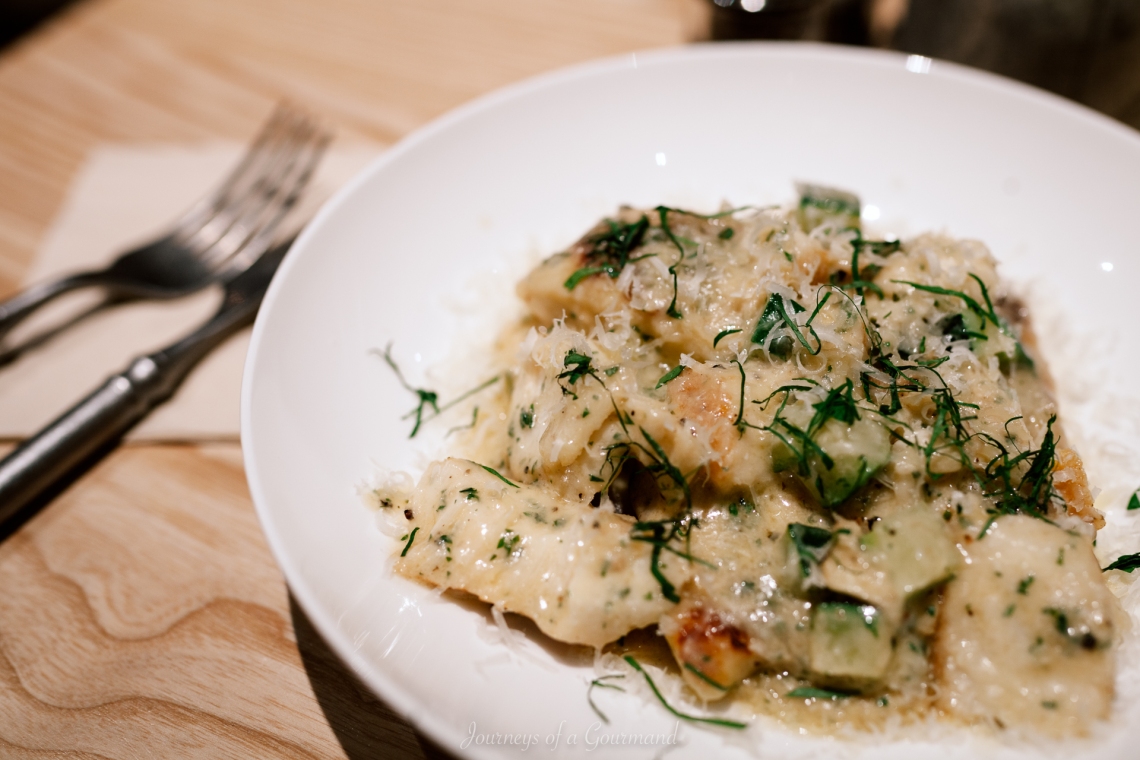 Yet none of these is as distinctly Italian as the hefty, straw-like tubes that the menu calls penne; the Italians probably have a more dedicated moniker for this shape — but then what’s in a name? Mr. Thornley laces this take on a classic aglio, olio, e peperoncino with just enough fresh chili to spark a tantalizing buzz on the tongue, before throwing in tiny tendrils of baby octopus that have been braised until they were improbably tender. Everything about this plate sings of the sunny Mediterranean.

In keeping with its fashionable neighborhood charm, Pass Residence is open all day. The space is divided into a narrow coffee shop on one side, and a more spacious dining room on the other. Yet the boundary between the two is often blurred — you are just as likely to see lattes and laptops on the wine bar side during the day, as you are to find wine glasses and small plates crowded on round coffee tables in the evening. 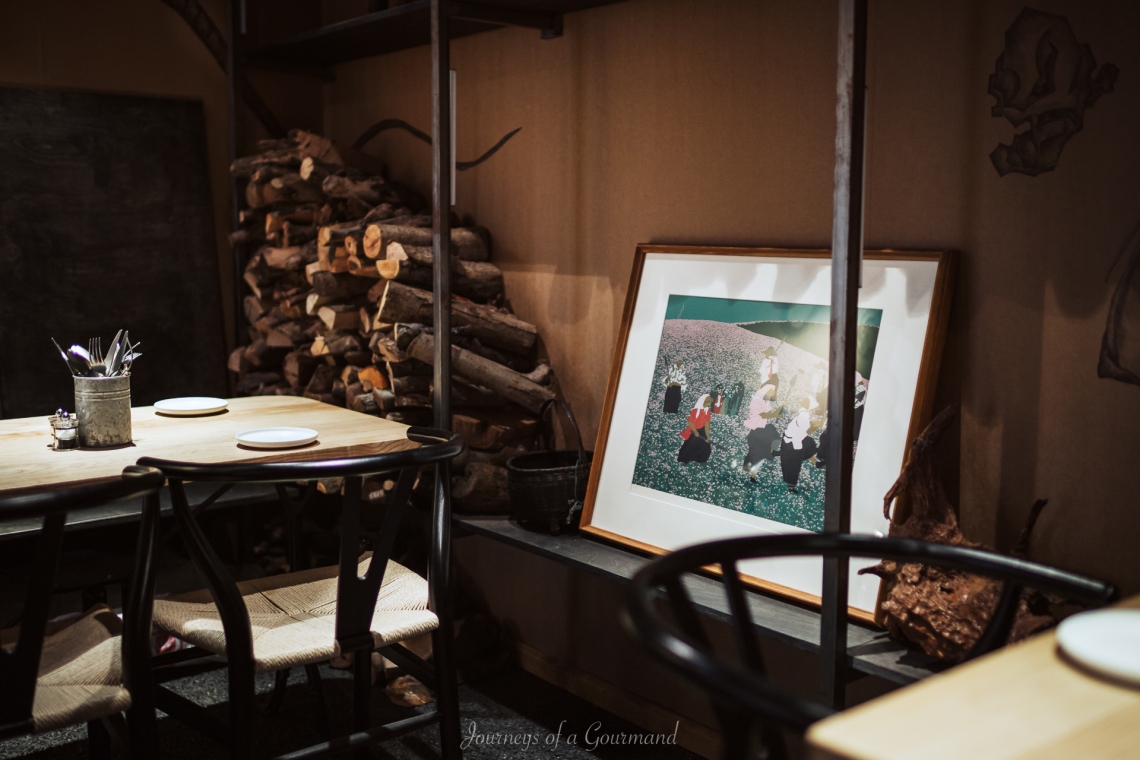 Anyone familiar with OHA Group’s connection to design firm OHA Shanghai would be unsurprised by the eccentric interior. The walls feature a sizable portion of peeling paint and exposed cement, punctuated by random bits of graffiti left over from the former Japanese tenant. Within this seemingly laissez-faire framework, however, is a great deal of thoughtful design.

Just within the entrance, guests are met with a trio of potted plants, their thick, wide leaves reaching up toward the ceiling; these act as both a partition between entrance and dining area, as well as a source of life and vitality. Inside, each table is placed beneath a dedicated spotlight, creating little pockets of warmth and intimacy. Whether it’s a full house on a recent Wednesday night, or just three tables of early birds at 6pm, the space always feels both reassuringly relaxed and buzzy with energy. 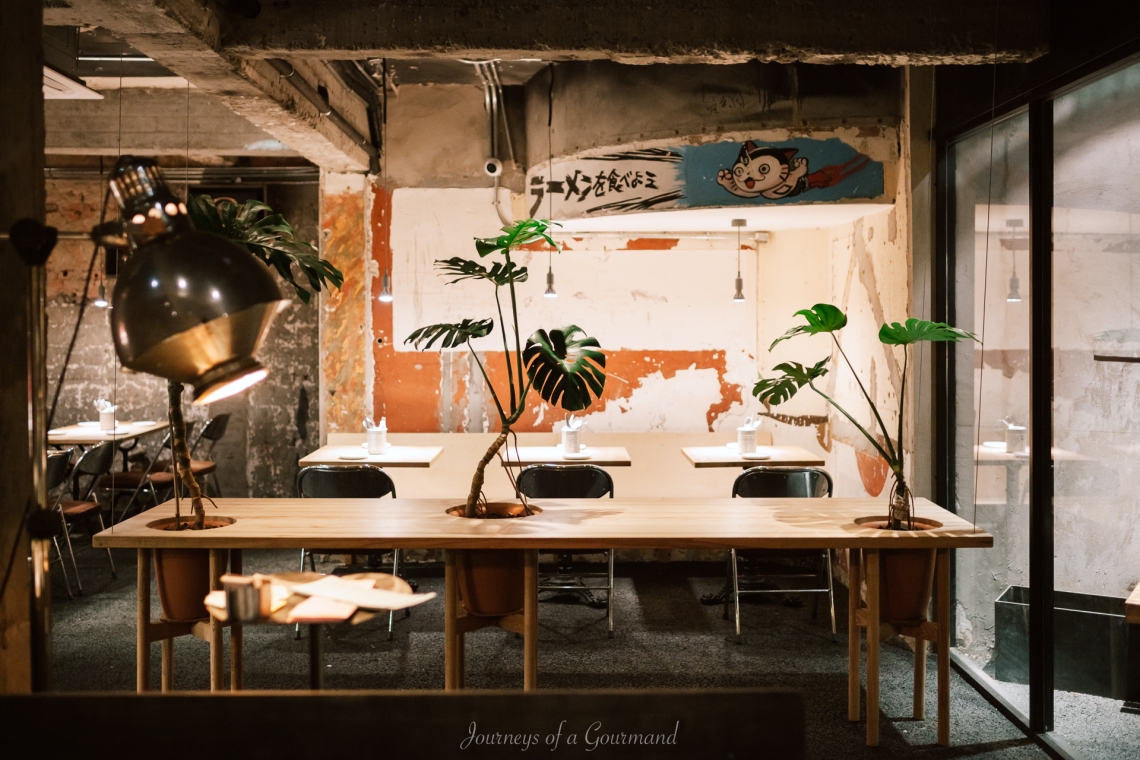 You would be hard-pressed to miss the neat logs of wood stacked along walls and tucked into random corners around the dining room. These logs feed the wood-fired brick oven in the kitchen, which churns out some interesting pizzas, like a confit duck, beetroot, and goat cheese number that is much more punchy and complex than one might expect; or one topped with curls of king prawns and molten feta, and underpinned by an assertive vein of heat.

Yet I am more taken with the plain flatbread, singed and puffed from the wood-fired oven, accompanied by a sprig of rosemary and a waft of smoke and darkness. Every time I order this, the prospect of burning my fingers presents a mild dilemma, but I can never seem to restrain myself.

Mr. Thornley probably understands just how charismatic this flatbread can be, and so he uses it as a base for all his salads. This gives us an excuse to devour more of these crisp and tender wonders, while consoling ourselves that our dinner doesn’t consist entirely of carbs and alcohol.

It also makes me feel better about going all out for dessert. Mr. Thornley sends his chocolate brownie on a detour inside the wood-fired oven, until it resembles a flatter, squarer cousin of molten lava cake. And if all that wine isn’t enough to carry you through the evening, there is always the “18+ tiramisu,” whose faintly almondy sponge is soaked in rum as well as the requisite coffee liqueur. It tastes almost like a cross between tiramisu and rum baba — which, for me at least, makes it twice as lovable. 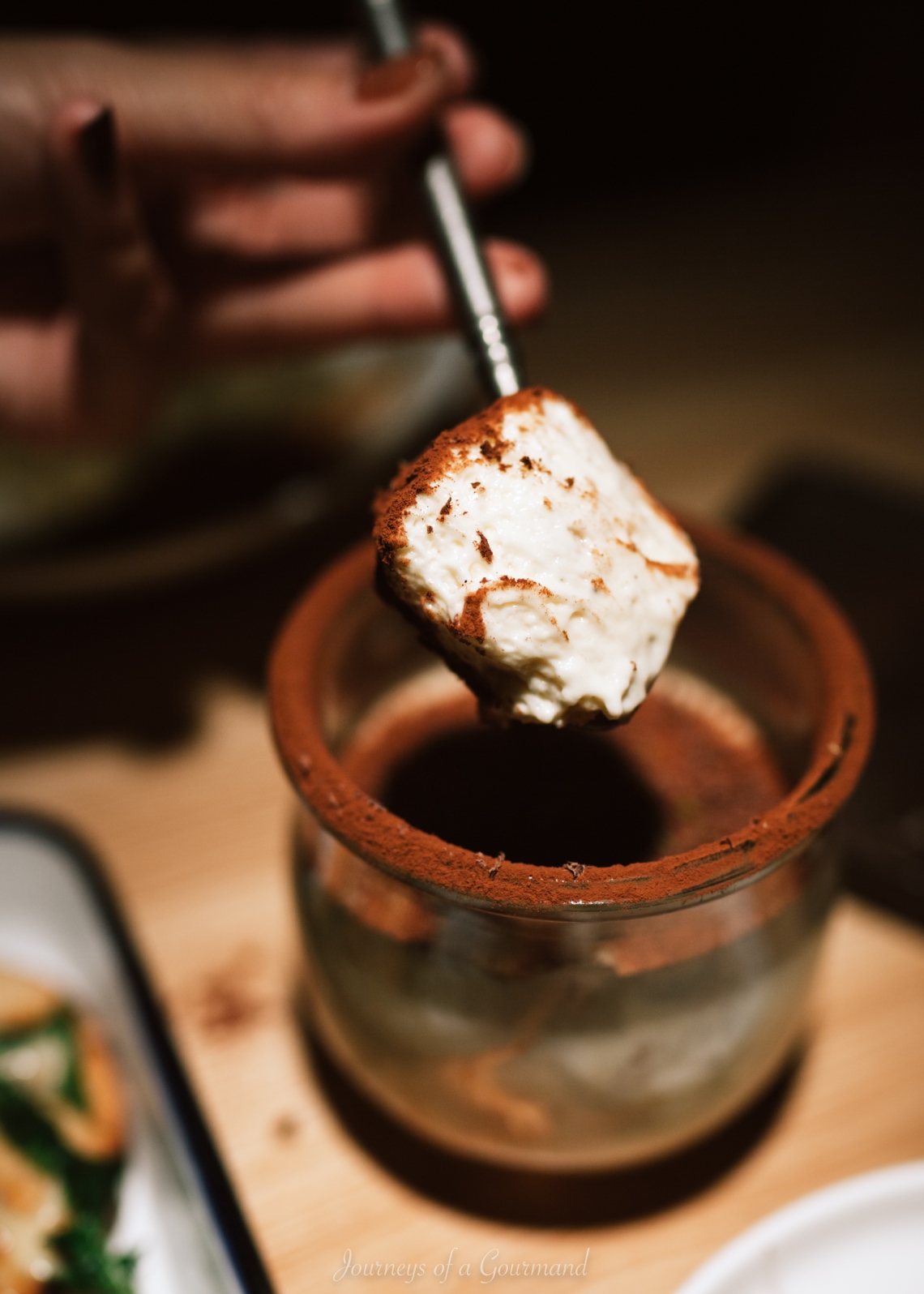